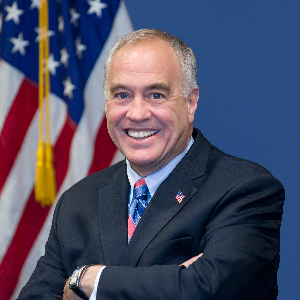 A life-long Long Islander, Tom was raised in a middle-class, union household and saw the value of hard work and stretching every dollar in the example set by his parents

In 1986, he ran for the New York State Assembly and was elected to represent the 16th District in northwestern Nassau County for the next 20 years. Tom was elected State Comptroller on February 7, 2007, by a bipartisan majority of the State Legislature. He was elected Comptroller by New York’s voters in 2010, 2014 and 2018. Tom is known for his integrity, independence and even-keeled leadership.

• Identified billions in waste, fraud and cost savings in government.

• Uncovered corruption in State and local governments, leading to dozens of arrests and tens of millions in restitution.

• Provided robust oversight of school district operations and education spending. He has charged his auditors with examining school safety practices, reviewing programs to protect children from harassment and discrimination, monitoring special education providers, and identifying best practices to help schools around the State.

• Managed the third largest public pension fund in the nation through difficult losses during the Great Recession, reformed how it operates and received high praise for industry leading standards.

• Invested nearly $2 billion in private equity and loan programs to benefit New York-based businesses and provide a return to the State pension fund.

• Earned a reputation as one of the leading shareholder voices on many corporate concerns including environmental issues, disability inclusion and corporate political spending.

• Led the fight for prudent fiscal and procurement reforms to help New York change how it does business and put it on better fiscal footing.