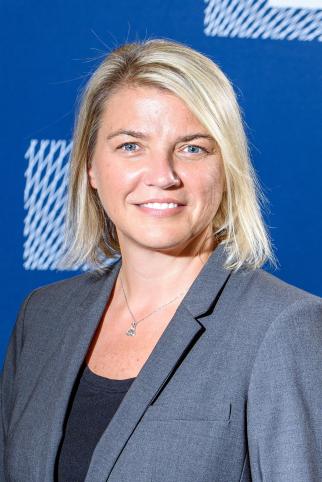 Maribeth Riley has been with The Business Council of New York State, Inc. since May of 1999, when she was hired as a meeting coordinator. She became Manager of Conference Development in 2006, and was promoted again to Director, Conference Development in 2012. In 2016, she was promoted to lead the Department. In her position, she oversees and executes all conference and event planning coordination for more than 15 events annually. Prior to joining The Business Council, Maribeth worked for Capital District Sports, Inc. where she marketed season tickets, sponsorship packages, group sales, and special event promotions, as well as coordinated all travel arrangements for players, coaches, VIP’s and support staff for the Albany River Rats of the AHL.

Maribeth holds a Bachelor of Science degree in Business Administration from Fordham University.

In addition to being a member of the Empire State Society of Association Executives (ESSAE), she also belongs to the MPI Upstate New York Chapter, from which she was honored as the 2019 Planner of the Year.