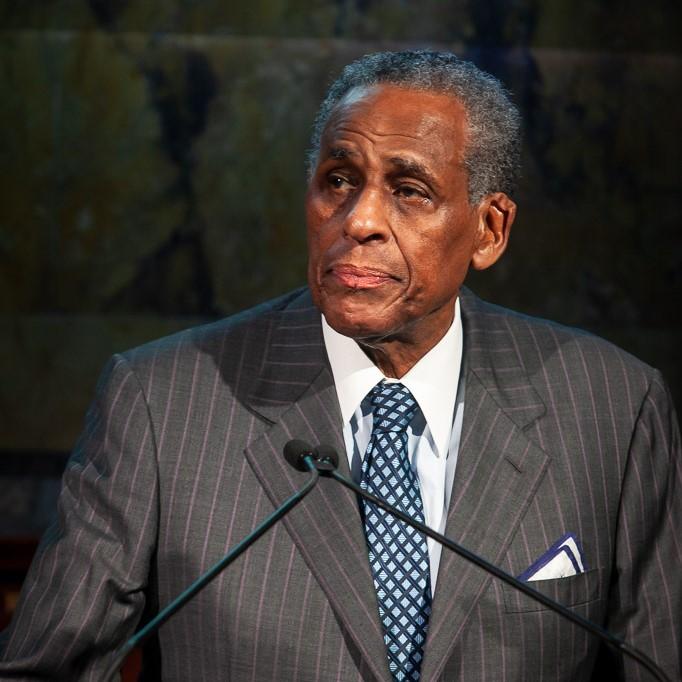 Congratulations to our 2020 Corning Award winner...

H. Carl McCall was designated Chairman Emeritus of the State University of New York Board of Trustees in June 2019.  He served on the Board since 2007, was appointed Chairman of the Board in 2011, and retired in 2019.  The State University of New York is the largest comprehensive university system in the United States, educating more than 467,000 students in more than 7,500 degree and certificate programs on 64 campuses.

Mr. McCall has had a distinguished career as a public servant.  He served as Comptroller of the State of New York from May 1993 to December 2002.  As Chief Fiscal Officer of the State, he was responsible for governmental and financial oversight and pension fund management.  As sole Trustee of the 880,000-member State and Local Retirement Systems, Mr. McCall was responsible for investing a pension fund valued at $120 billion.

Mr. McCall served as President of the New York City Board of Education from 1991-1993, where he set policy for the largest school system in the nation.

He has also been active in the private sector.  He served as a Vice President of Citibank and as Corporate Director of the New York Stock Exchange, Tyco International, New Plan Realty Corporation, Ariel Investments and presently Athene Holdings LTD.

Mr. McCall was educated at Dartmouth College, Andover Newton Theological Seminary and the University of Edinburgh.  He is the recipient of ten honorary degrees.

Mr. McCall is married to Dr. Joyce F. Brown, President of the Fashion Institute of Technology.