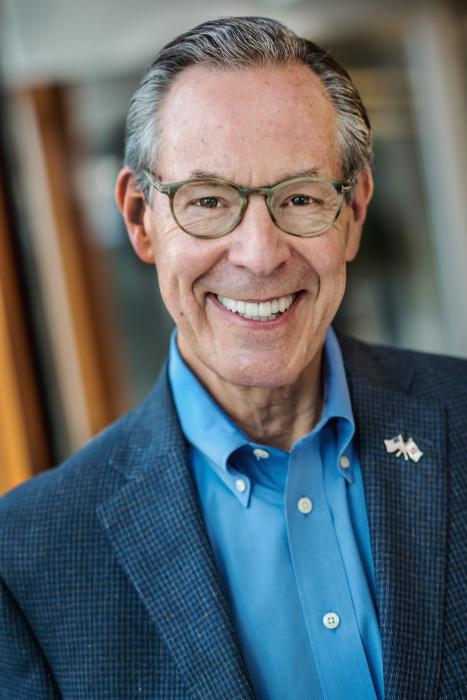 Congratulations to Our 2022 Corning Award Winner:

Eric Mower has guided the privately held Mower (formerly Eric Mower + Associates) over the past 54 years, growing it from a single location with a staff of four to one of the largest independent, digitally integrated, full-service marketing, advertising and public relations firms in the United States. Mower is located in ten cities with operations in Albany (New York), Atlanta, Boston, Buffalo, Charlotte, Chicago, Cincinnati, New York City, Rochester (New York) and Syracuse.

Earlier this year Mower was named Midsize Agency of the Year for B2B by the Association of National Advertisers.

In the last decade, Ad Age magazine has twice-named the agency one of the top-10 "Best Places to Work."

Eric is chair emeritus of the Advertising Self-Regulatory Council (ASRC) and a past director and secretary/treasurer of the American Association of Advertising Agencies (4A's), and he continues to serve in his 30th year as chair of the 4A's Government Relations Committee.

In addition to being inducted into the Association of National Advertisers' B2B Hall of Fame in 2019, Eric has been recognized by Ernst & Young as a Master Entrepreneur of the Year, and by City & State Reports, which bestowed on him the Lifetime Achievement Award and later named him to its "Responsible 100" list. In 2022 City & State Reports designated Mower as number 14 on “The 2022 Political PR Power 50 in New York.” Also in 2022, 100 Black Men of New York honored him with its J. Bruce Llewellyn Excellence in Philanthropy Award.

Eric earned a bachelor's degree in English from Syracuse University's College of Arts and Sciences in 1966 and a master's degree in public relations from the S.I. Newhouse School of Public Communications in 1968. And he serves as a Life Trustee of Syracuse University and sits on several of its committees (Academic Affairs, Advancement and External Affairs, Athletics, and Facilities). He is also a member of the university’s Subcommittee for Marketing and Communications. Mower joined SU’s board in 1990 and served as Vice Chair from 1997-2001. In 2018 he received the Dritz Life Trustee of the Year Award for outstanding Board service.  His Syracuse University service includes ongoing membership on the Newhouse Advisory Board and he is a former member of the Whitman School of Business Advisory Council. Mower is a 2015 recipient of the George Arents Award, the University's highest alumni honor, and a 2012 co-recipient with his wife, S.U. trustee Judith C. Mower, of the University's Orange Circle Award.  He also received the University's Outstanding Alumni Award in 1995.