About The Business Council

The Business Council of New York State, Inc., is the leading business organization in New York State, representing the interests of large and small firms throughout the state. Our membership is made up of roughly 3,500 member companies, local chambers of commerce and professional and trade associations.

Though 76 percent of our members are small businesses, we also represent some of the largest and most important corporations in the world. Combined, our members employ more than 1.2 million New Yorkers.

We serve as an advocate for employers in the state’s political and policy-making arenas, working for a healthier business climate, economic growth, and jobs.

We also help our members cut costs and provide important benefits to their employees with group insurance programs that offer competitive costs and high-quality service. Our team also serves as an information resource center for our members, providing an array of news and updates, webinars, seminars, networking, and individualized regulatory and legislative assistance. 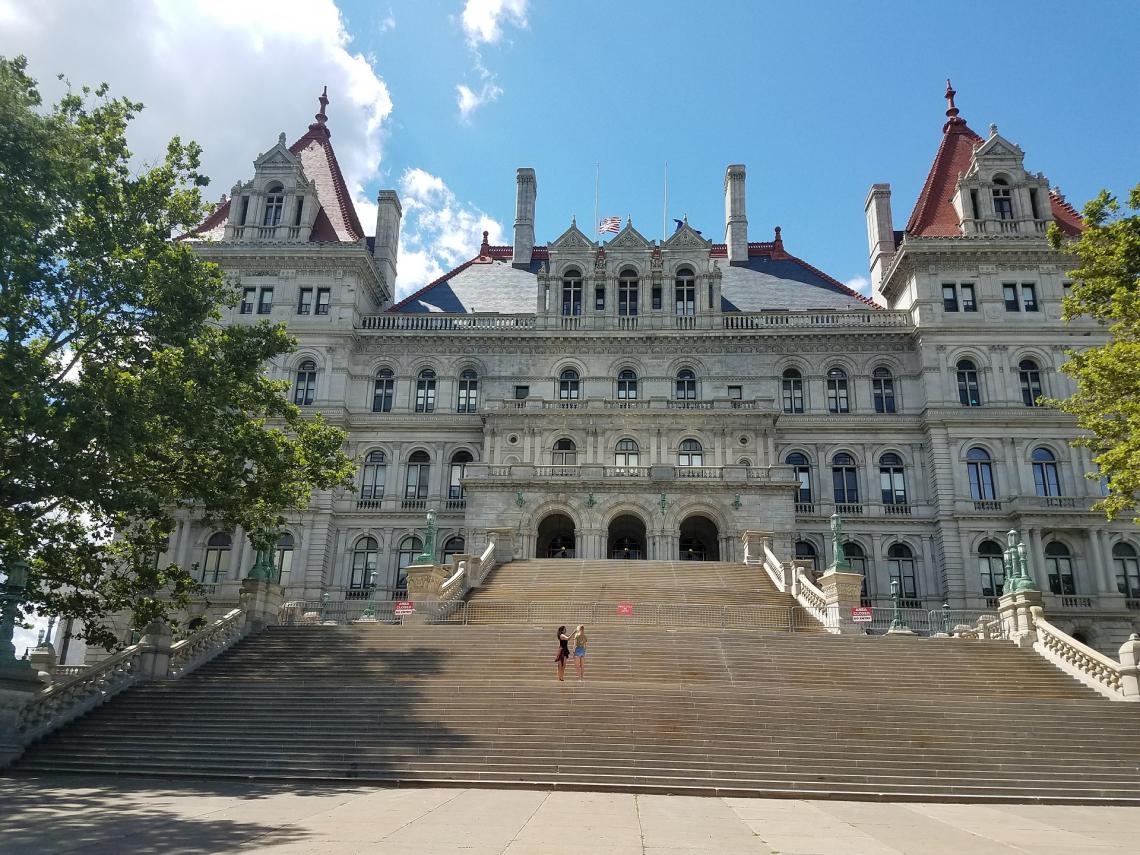 Our Mission: The voice of business and employers in New York State.

History of the Council

In the spring of 1914, manufacturers representing various business interests gathered in Buffalo to devise a response to recently enacted labor laws. The resulting two-day meeting led to the formation of an association that would evolve into the Associated Industries of New York State (AI), and eventually The Business Council of New York State, Inc.

The Business Council was founded in 1980 through the consolidation of what had been the state's two leading business associations, the Empire State Chamber of Commerce and Associated Industries of New York State, Inc.

The founding President and Chief Executive Officer was Raymond T. Schuler, a former New York State Commissioner of Transportation who had served as President of Associated Industries since 1977.

Daniel B. Walsh, the former Majority Leader of the New York State Assembly, joined The Business Council in May of 1987, and became President of the Council upon Mr. Schuler's retirement in 1988.

Kenneth Adams, previously president of the Brooklyn Chamber of Commerce, was selected by the Board of Directors in September 2006 to succeed Mr. Walsh as president and CEO effective November 1, 2006.

Heather Briccetti Mulligan, the current President of The Business Council became president in 2012. She joined the Council in December of 2007 and has served as both acting president and as vice president of government affairs.

Prior to joining The Business Council, Heather was a consultant and lobbyist for Powers and Company, where she advised clients on a range of state and federal government relation issues.

Before joining Powers and Company, Heather served as an Assistant Counsel to the State Senate Majority, working on a range of issues, including economic development, budget reform, and consumer protection. She also worked for the Assembly Majority for several years, serving as a legislative aide and counsel to the Committee on Racing and Wagering.

The first Chairman of the Board of Directors was Frank T. Cary, Chairman and Chief Executive Officer of IBM Corporation.

Succeeding Chairs of the Council

Directions to The Business Council