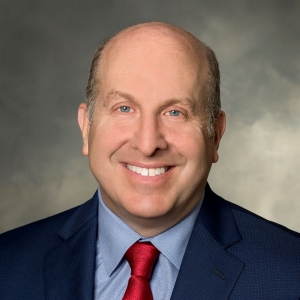 Marvin Krislov became the eighth President of Pace University on August 1, 2017. He is deeply committed to Pace’s mission of Opportunitas—providing all students, regardless of economic background, access to the transformative power of education. He is guiding Pace through its New York City Master Plan to overhaul the downtown campus, and he’s working to bolster Pace’s status as the nation’s leading four-year private college for driving economic mobility. Prior to Krislov’s appointment at Pace, he served for 10 years as the president of Oberlin College, where he led collaborative, consensus-driven efforts to make the college more rigorous, diverse, inclusive, and accessible to students from every socioeconomic background. Prior to Oberlin, he was vice president and general counsel at the University of Michigan, where he led the legal defense of the University’s admission policies that resulted in the 2003 Supreme Court decision recognizing the importance of student body diversity. Krislov earned a bachelor’s degree, summa cum laude, at Yale University in 1982, and was named a Rhodes Scholar. He earned master’s degrees at Oxford University and Yale, and a juris doctor degree at Yale Law School in 1988. Prior to entering academic life, Krislov served as acting solicitor and then deputy solicitor of national operations in the US Department of Labor. He previously served as associate counsel in the Office of Counsel to the President under President Bill Clinton. President Obama nominated, and the Senate confirmed Krislov to serve as a member of The National Council on the Humanities where he served from November 2009 until the summer of 2019.