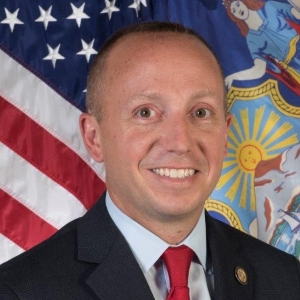 Basil Seggos was appointed DEC Commissioner by Governor Andrew Cuomo, and has served in this role since October 2015, leading an agency of over 3,000 professionals.

Seggos was instrumental in the passage of the state's nation-leading climate change law, the Climate Leadership and Community Protection Act, and now serves as the co-chair of its implementing body, the Climate Action Council. Seggos also devised and is responsible for the $2.5 billion Clean Water Infrastructure Act and spearheaded the reauthorization of the State's Superfund law and reforms of the Brownfield Tax Credit program. As co-chair of the State's Drinking Water Quality Council, Seggos oversaw the establishment of the most protective water quality standards for PFOA/PFOS and 1,4-dioxane.

In addition to leading DEC, Commissioner Seggos advises the Governor on environmental policy and issues. He also serves on a variety of boards, including as chair of the Environmental Facilities Corporation (EFC), chair of the Hudson River Park Trust, the Adirondack Park Agency (APA), Delaware River Basin Commission, the Great Lakes Commission, the New York State Energy and Research Development Authority (NYSERDA), the Olympic Regional Development Authority (ORDA), the Susquehanna River Basin Commission, NYS Energy Planning Board, and others.

Prior to becoming DEC Commissioner, Seggos served as the Deputy Secretary for the Environment for the Governor, where he counseled the Governor on environmental policy and the operations of New York's environmental agencies, including DEC, the Office of State Parks, Recreation and Historic Preservation, EFC and the APA, and was a liaison to the State Legislature on environmental issues and legislation.

Before his career in State government, Seggos served as Vice President of Business Development at Hugo Neu Corporation, a clean tech private equity company. He served as Chief Investigator and Attorney for Riverkeeper. During law school, he was legal clerk at the President's Council on Environmental Quality. He began his career as an Associate at the Natural Resources Defense Council (NRDC).

Seggos graduated with a B.A. from Trinity College in 1996 and earned his law degree from Pace School of Law University in 2001, where he received the Environmental Law award and Alumni Achievement award.

Seggos is an officer in the U.S. Army Reserve.

When not in the office, Seggos can be found adventuring with his family, hunting or fishing in New York's outdoors, or restoring his old house.