Black business owners have been disproportionately affected economically by this pandemic. To date, almost half of Black-owned businesses have shuttered. In an effort to support these businesses, and to show our support for the Black community, The Business Council has launched 28 Businesses for 28 Days, a Black History Month initiative that will highlight a different Black-owned business each day of the month of February.

After learning about today's highlighted business, please check out our previous featured businesses.

Evolution Enterprises is a vertically integrated and partner-owned real estate acquisition, development and management company who mainly serves the Greater Capital Region of New York with plans to expand to include real estate in Vermont, Massachusetts and Pennsylvania. Evolution Enterprises are experts in flipping property, renovating and repositioning long and short-term rentals and property management. Their team is committed to lifting others and creating change in the local communities through education, partnership and mentorship. 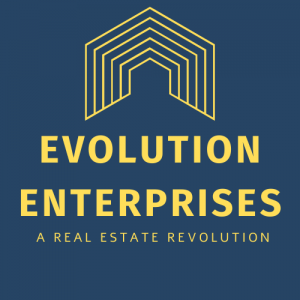 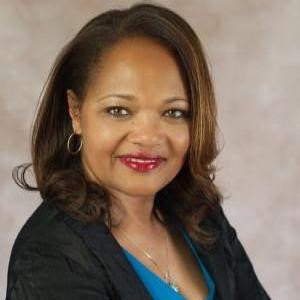 "Black History Month is important because it provides me 28 days to reinforce the message that black history is American history.  It is a time to pay homage to the legacy of the past, to respect the resilience of the present, and revel in the promise of the future. Finally, it's a reminder that we have work to do to ensure equity infiltrates the fabric of our country."

Melanie Littlejohn is the Vice President for New York Customer & Community Management at National Grid.  As vice president, Melanie is responsible for leading customer and stakeholder management statewide and to ensure processes, planning, and best practices are delivered consistently to ‘bring energy to life’ for National Grid’s New York customers.

A thought-leader and visionary, Melanie is an active participant of chambers of commerce, company board, and community outreach venues where she presents emerging industry trends and energy policy on behalf of National Grid.

National Grid is an electricity and natural gas delivery company that connects nearly 7 million customers to vital energy sources through its networks in New York, Massachusetts and Rhode Island. It is the largest distributor of natural gas in the Northeast. National Grid also operates the systems that deliver gas and electricity across Great Britain.

Through its U.S. Connect21 strategy, National Grid is transforming its electricity and natural gas network to support the 21st century digital economy with smarter, cleaner, and more resilient energy solutions. Connect21 is vital to its communities' long-term economic and environmental health and aligns with regulatory initiatives in New York (REV: Reforming the Energy Vision) and Massachusetts (Grid Modernization).

Prior to 2017 when Ms. Littlejohn was named to her current position, she served as Director of Customer & Community Management in Upstate New York. Melanie joined the company (then Niagara Mohawk) in April of 1994 as the Director of Inclusion & Diversity-US Operations.  In this role, Melanie was responsible for the company’s overall strategy for Inclusion & Diversity and Compliance.

Ms. Littlejohn obtained a Bachelor of Arts degree in Liberal Arts from the State University of New York at Stony Brook and a Master’s Degree in Business Administration from Syracuse University’s Whitman School of Management. In addition, she was selected to participate in National Grid’s Developing Future Business Leader’s program administered by the London Center for High Performance.

US Chamber of Commerce: 10 Resources for Black-Owned Businesses

Google: Show your business is Black-owned on your Business Profile on Google

BY Black: Add your business to the U.S. Black Chambers, Inc.’s ByBlack directory

Black small-business owners are being left behind in the pandemic, survey finds

Fashion find of the week: Discover Black-owned fashion, beauty businesses with help from these online platforms

How Minority-Owned Businesses Can Thrive During (And After) Covid-19

Even with Biden stimulus, US minority entrepreneurs fear for survival

Crain's survey: Black-owned businesses say they're at a disadvantage

After 2020, Black-owned businesses find themselves in new landscape

Minding My BLACK Business®  is a movement and podcast dedicated to the mental health of Black Entrepreneurs, led by Dr. JaNaè Taylor. The goal is to engage, inform, and support other Black Entrepreneurs as they manage the business of work!

The first and only podcast to spotlight bold, Black women entrepreneurs who have scaled from side hustle to profitable business.

Organizations, businesses, and government agencies are motivated by several factors to implement diversity initiatives. During this session we explore the business case for diversity from a leadership development standpoint.  Areas covered include:

Leadership education, professional consulting and facilitation, mentoring/coaching, and technical assistance in organizations, businesses, and public venues whose leaders are working to achieve their potential.

IT Consulting, Networking/Cloud and Staffing Services

The Law Offices of Dorcia Carrillo